Even before the inaugural stone was laid on the foundations of Dr L H Hiranandani Hospital, in the first flush of the new millennium, everyone associated with it could see that it was a more sublime affair than mere brick and mortar.

And with very good reason. When a yet-to-be-born hospital, however swanky, however massive, aspires to mirror the long and illustrious career of a titan in the field, the usual concerns of hospital management and business blue-printing are the first to go out of the window. Not a single act of its coming into being stays mundane; everything is inevitably a question of honour. One chooses the nobler and brighter options over practical and gainful ones, choices that are worthy of the name it is founded on.

And when it is a tribute to an iconic father by his almost equally accomplished sons, it even transcends the question of honour. It becomes an act of love.

The challenge of the early days was enormous, to foster the fledgling hospital into an enduring symbol of healthcare in the country. We recognised early on, that to make a real and substantial contribution, one had to redefine the standards themselves, instead of doing more of the same. That set the tone of our endeavour and guided us every step of the way, luring us towards ambitious solutions, services, teamwork and quality that suited us.

The results were quick to show. In 2007 we became the first hospital in Western India to receive the prestigious NABH Accreditation for Hospitals and Healthcare providers, an honour accorded to only eight hospitals in the country at the time. The IMC Ramakrishna Bajaj National Quality Award trophy, for excellence in healthcare, followed in 2008. In 2009, we were the proud recipients of the coveted International Asia Pacific Quality Award (The Malcolm Baldridge Award) as it is known outside in the United States. 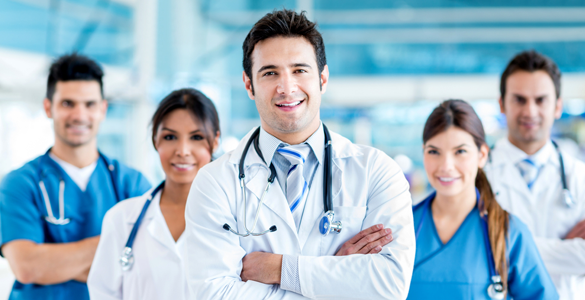 It is an established fact that at the heart of the Hiranandani mission, in any sector, is the passionate commitment to stay at par with global standards. Predictably, the theme reflects on nearly everything we undertake at the Hospital – the first initiative of the Hiranandani Group in healthcare. From the simplest to the most complex surgical; procedures are performed at our hospital. We are equipped with medical equipment purchased from the foremost vendors in the world.

As a multi-speciality tertiary and quaternary care hospital, we are proud to identify ourselves as a frontline provider of comprehensive healthcare. Within a short span of time from 2004 we have grown from a 130 bed hospital to a formidable 244 bed facility. The expansion which we undertook not only added beds but also newer service modalities. The hospital was modernised, and we are now in the same league with the best hospitals in the world.

The Centre is the most advanced set up in the city of Mumbai. It will help in early detection of diseases and malignancies. It is essential to detect the malignancy early and to determine the extent of the disease to ensure the best option for a cure. The machine available at this centre has advanced imaging and processing like Wide-field endoscopy, Molecular Imaging and most importantly Narrow Band Imaging (NBI) is useful for evaluation and treatment for patients with cancer of the digestive tract and liver. It is an excellent screening tool for the diagnosing gastrointestinal diseases. This results in higher survival rates.

Our new dental facility is a premier centre for specialist dental care. It houses a number of specialty departments, working together to provide the full spectrum of advanced dental treatment - from complex corrective measures to special aesthetic solutions.

The Opthal centre is located on the 1st floor named ‘The Centre for Advanced Eye Care and Microsurgery The centre offers eye care solutions. It has the capability of anterior and posterior segment eye care. The medical equipment is the latest in its generation and sourced from the best vendors in the world. The centre is recognized by the Government for eye transplant (Keratoplasty). We have the capability of offering wide range of service from paediatric to geriatric ophthalmology.

We are now delighted to offer comprehensive health check-up packages, tailored to meet the needs of busy professionals and their families. Importantly all the services are provided under one roof.

Our new patient rooms are designed for maximum comfort and privacy, with access to a host of new amenities. In addition to world-class accommodation and a warm ambience, our rooms feature a superior nurse call system, outfitted with the best that modern technology has to offer. The focus being patient safety. The Nurse is capable of electronically monitoring a patient’s condition real time from the nurse station. This is simultaneously repeated at Intensive Care Unit for the Intensivist to also monitor. Thus an adverse turn of events can be addressed very quickly for our patients.